There has been in increase in the number of civil law actions taken against organisations and even Government departments for failing to protect people’s personal information, a conference has heard.

Such an action against one Government department for allegedly breaching a person’s data protection rights settled ahead of a listed court hearing this week.

The action, understood to have been against the Department of Social Protection, is one of an increasing number of such cases being taken against companies or public bodies that allegedly fail in their duty of care to protect people’s personal information.

The issue was raised at a Public Affairs Ireland (PAI) data protection conference in Dublin on Wednesday.

Several such cases under the Data Protection Acts have been listed for hearing in the past year or so, but they have generally been settled on the steps of the court.

They included the case of a woman who sued a pharmacist for allowing her husband view CCTV footage which showed her buying a pregnancy test. Another such case involved a GP who handed over excessive personal information about a patient to an insurance company.

The actions are taken under section 7 of the Data Protection Acts, which provide that a data controller owes a duty of care to individuals in respect of the personal information it collects or processes.

Data Protection Commissioner Helen Dixon told the PAI conference there had really been “no activity” in relation to such civil lawsuits until “very recently” but that there were now “quite a number of cases” where people were taking actions under section 7 of the Acts.

The commissioner cannot impose direct fines on organisations that fail to respect data protection rights. This will change under proposals in a new European data protection regulation currently being negotiated.

Ms Dixon also noted a recent case involving a GP who had handed over excessive personal data about a patient to an insurance company. Her office had been called as a witness. The case was settled after a day in court.

“In that particular case, the witness from the [Data Protection Commissioner] said that it really had huge impact on them to hear the data subject in that case set out for the court the damage that was suffered as a result of that unfair disclosure of their data – the excessive data disclosure – to the insurance company.”

The person had gone on to suffer enormous health problems as a result of the data breach.

Ms Dixon said she was aware of another case listed that had directly involved a government department, but it had been settled out of court.

While she did not identify the government department concerned, the commissioner said she imagined the person in question had been paid damages.

Rob Corbet, a partner and Head of Technology and Innovation at Arthur Cox, also confirmed in his speech to the event that there had been an increase in the number of people suing for breaches of their data protection rights.

The commissioner reminded those in the public sector of their responsibilities in relation to handling personal data, noting her office had successfully prosecuted private investigators last year for offences involving the ‘blagging’ of people’s personal details from a government department.

Ms Dixon said that over 100 data breaches involving public sector bodies were reported to her office every year.

“Fortunately, in most instances in recent years these have concerned breaches that are really non-systemic and haven’t affected a great volume of data subjects.”

Minister for Data Protection Dara Murphy, who also addressed the event, spoke about the Government’s key priorities for the year.

He said he had established an inter-departmental committee on data issues, bringing together the key individuals dealing with data protection in each government department.

Mr Murphy said the committee would assist in the delivery of “more effective public policy through the improved use of data”.

He said exciting advances in technology created huge potential for society and for the economy.

Departments and State agencies needed to show leadership and commitment to data protection rules as they evolved over the next year, during which a conclusion to negotiations on the new European General Data Protection Regulation is expected, he said.

The minister said the committee’s engagement would be formalised in the coming weeks with the establishment of a “data issues forum”, with input from business, civil society and other key stakeholders.

Dr Eoin O’Dell, Associate Professor of Law at Trinity College Dublin, addressed the conference on the challenges posed for privacy by new technologies and the Internet of Things.

He said that increasingly, the kind of personal and public data becoming available, as well as the sharing of public sector information and datasets online, would have an impact on decision-making processes.

“All of this is heading towards a nice, bright Utopian future. But, I think that this rhetoric needs to be accompanied by an attention to privacy, both on our own part in the creation of the data, and in our professional lives in the use of the data.” 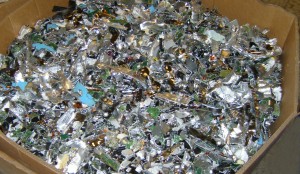 In today’s technologically advanced business environment it is imperative that Data Security is the primary concern of IT Departments when selecting and IT Asset Destruction & Recycling Partner.

This is why Security in Shredding strives to provide security and confidentiality during all of their service deliveries placing great emphasis on protecting & destructing ALL DATA PERMANTLY beyond recognition and/or reconstruction that is held on our clients used IT Equipment, Electronic Hard-Drives and Electronic Equipment.

Our IT & Media Data Destruction Systems provide a 100% guaranteed destruction policy through shredding which is the only method of total guaranteed destruction available to clients that in turn provides them with total peace of mind. We work to the highest standards of data destruction globally which in turn ensures that our client’s brand, customer data and sensitive employee information are respected and protected throughout.

Key features of our IT & Media Data Destruction Systems

All items received for data destruction are recorded onto our asset tracking software; our clients receive a detailed report during the invoicing stage in order for full traceability. Providing you with 24/7 access to reports and real time information about the status of your assets.

At Security in Shredding we are accustomed to handling all levels of data security requirements due to our experience and expertise within the industry. Our Clients are assured that we will them in choosing the most suitable and secure method of data destruction which meets their business needs.

As we offer a range of confidential data destruction services in addition to recycling services we provide the client with the a range of opportunities which span the entire lifecycle of your IT and computer equipment. This can either help reduce costs, maximise the value from your IT assets and/or help you reach environmental and CSR targets.  Get in touch and find out what options are suited to you and your business needs.

Due to our experience and expertise within the industry of data destruction our clients are provided with total peace of mind that they working with a professional organisation who understands your IT Lifecycle needs. 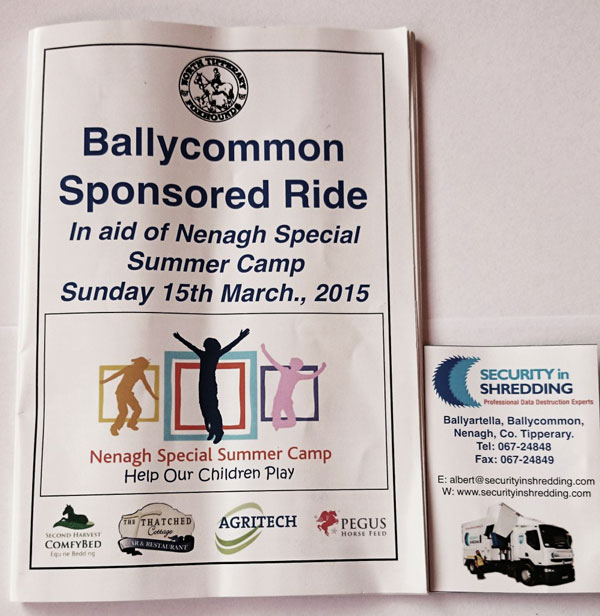 Away from Data Protection and Secure Data Destruction (Paper Shredding, Media Shredding and Secure WEEE Recycling); Ballycommon Sponsored Ride 2015 approached us, Security in Shredding with regard to sponsoring an advert and a cross country jump in aid of Nenagh Special Summer Camp.

Not only did the Company donate to the great cause but the brave staff also raised funds and took part themselves and their horses in the event for the day. See photo below.

The Ballycommon Sponsored Ride 2015 was very well organised and well done to all involved.

Security in Shredding are delighted to have the opportunity to contribute to this very worthy cause – Nenagh Special Summer Camp. 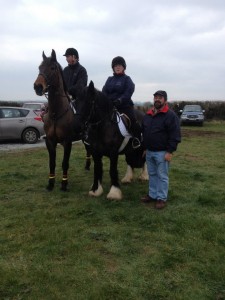 In today’s technologically advancing corporate and business environment, confidentiality is becoming an essential and significant chore to establish in order to maintain success and hold onto market share. Whether it is confidential data on documents or data stored on hard disks, availability of security in shredding service has made it easier to destruct the personal data and documents in a secure manner that ensures that the client is compliant with all relevant legislation. Document shredding Dublin is a service in Ireland for confidential data destruction and has an established client base. 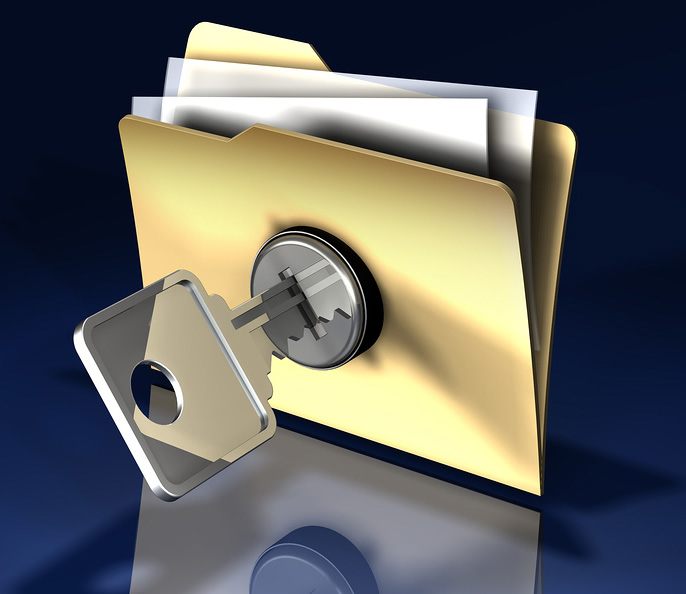 Product destruction at a glance

If you are operating in the manufacturing industry, secure and confidential disposal of your sensitive business products containing trademark information is critical due to patents, legislation and CSR (Corporate Social Responsibility) Standards. When you have to securely protect your business brand, it’s essential to hire a professional and experienced data destruction company. A reliable document destruction company with the product destruction services can only preserve your brand’s privacy and image..

Here are few products that may require immediate destruction

To destruct all products that contain a confidential element and are no longer in use, call the trained shredding providers offering the secure destruction service to help. Getting advice from the most suitable service would meet your requirements.

The Environment has become an important factor in developing business strategies for companies whether it’s in Ireland or around the world. Ireland’s citizens and market forces are trying their best to achieve sound environmental performance.

Secure Product Shredding makes a system and provides an environmentally friendly service, with all shredded material being fully destroyed and recycled in line with the European Waste Hierarchy.

Document shredding provides peace of mind to their clients about their material which is destroyed prior to entering the disposal activity. You can calculate the success in implementing Eco-friendly systems; just go through the testimonials of shredding companies.

Getting a destruction certificate in addition to the certificate of disposal in regards of product destruction shows the compliance and professionalism of a shredding service. Clients in accordance to it

A certified products destruction company like All Security Mobile Shredding Ltd. provides shredding programs for business and residents by utilizing the most rigorous security standards and document handling procedures.